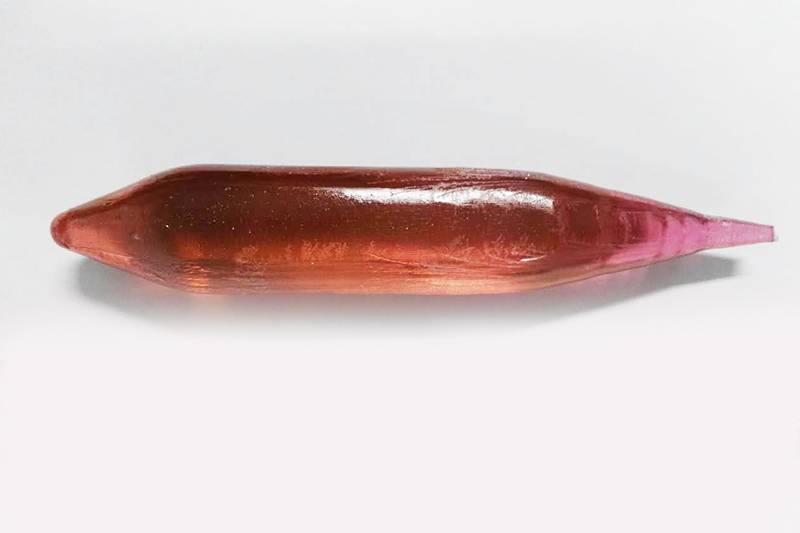 Yttrium aluminium oxide YAlO3 (YAP) is an attractive laser host for erbium ions due to its natural birefringence combined with good thermal and mechanical properties similar to those of YAG.
Er:YAP crystals with high doping concentration of Er3+ ions are typically used for lasing at 2,73 microns.
Low-doped Er:YAP laser crystals are used for of the eye-safe radiation at 1,66 microns by in-band pumping with semiconductor laser diodes at 1,5 microns. The advantage of such a scheme is low thermal load corresponding to low quantum defect.